Construction sector is one of the growing field in the UK however, due to impact of recession slowdown is observed in this sector. Sign of recovery are observed in the sector and it is identified that in mentioned sector construction of building for people residential purpose increased at fast pace. However, commercial purpose building construction does not get that momentum which is seen in respect to residential buildings construction growth rate. It can be said that revival comes in the UK construction sector but it does not happened at fast rate and there are lot more things that need to be seen in the mentioned industry. In the present research study data related to offers, square feet of premises, number of bedrooms and number of bathrooms are analyzed (Gurranand Bramley, 2017). Price of premises and whether bricks are used in construction of building or not are also explained in detail. Data analytics is the one of the important key tool that can be used by the firms for data analysis purpose and it help them to identify number of factors that need to be consider while making busines decisions. In present research study varied statistical tests are applied on data and their results are interpreted in proper manner. In this regard, Gretl and excel software is used for data analysis purpose. By using mentioned softwares t test aere applied and it is identified whether variable sample mean is different from standard. This is done for multiple variables in the dataset. It can be said that systmatic approach is followed to carry out research work and to analyze data in proper manner in order to develop broad understanding of the variable. At end of the report conclusion is formed and in this way entire research work is carried out (Shuyun and Yin, 2015). It must be noted that analysis of current data set will help firm in making strong business decisions. It can be seen from table that different price levels are given in the dataset and due to this reason it is very important to identify that what trends are going on in terms of square feet and bedrooms as well as bathrooms. After doing thorough analysis finally conclusion section is prepared in the report.

In present research study sample of 129 people is taken and different questions were asked from them in relation to neighbiurhood, number of offers that are made in the house, number of bedrooms and bathrooms there are in the house. Apart from this, price related information and bricks whether used or not are given in dataset. While analyzing dataset it is identified that there are no missing values in dataset and due to this reason its cleaning is not required. Hence, it can be said that data is already prepared. There is no need to do any sort of modifications in dataset as it is already perfect and can be used for analysis purpose directly. 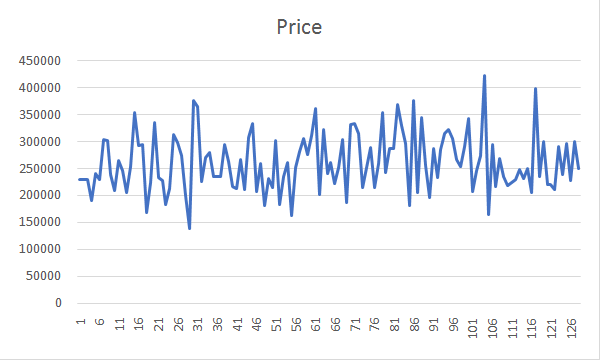 It can be observed that price of properties are fluctuating consistently and are not stable at particular point. Hence, it can be said that other variables that are in data set does not play any role in determinng price of property. 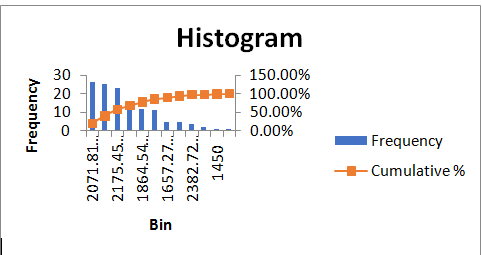 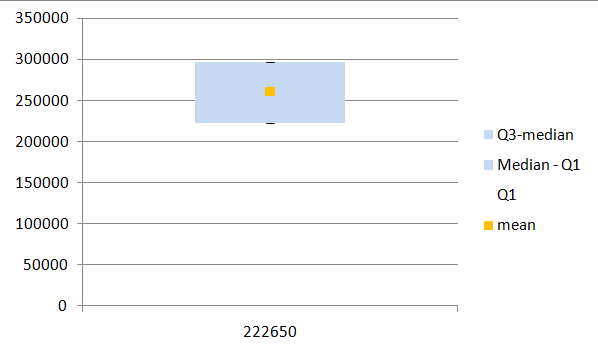 It can be seen from box whisker plot that there is equal gap in error bars and point is in center which means that data is normally distributed in nature.

H0: There is no significent mean difference between mean value of population and 1500.

H1: There is significent mean difference between mean value of population and 1500. 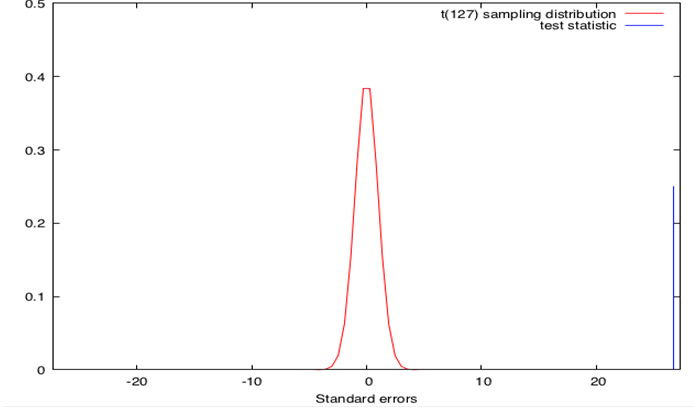 It can be seen from image given above that at 10%, 5% and 1% level of significence null hypothesis is rejected and this means that if we are 90% confident that mean value of variable exist in the market then in that case it is identified that there is no significent difference between sample mean and standard value which is 1500. On other hand, if one is 5% confident that population and sample mean are different then in that case also significent difference is observd. Similalry, at 1% significence value same thing is observed and no difference is oberved. On basis of all these things it can be said that sample is taken from population with specific mean and value of same statistics does not vary for mean (Zainal, Teoh and Shamsudin, 2015). This means that most of times mean value of variable does not deviate too mich from the standartd value. Hence, it can be said that most of times around standard value mean value of sample variable which is square foot move.

It can be also be seen from table given above that sample size is 128 and mean value is 2000.94 and standard deviation value is 211.57. This means that on average basis mean value of variable remain 2000.94 for square foot. Standard deviation value is 211.57 which is very low and it can be said that its value is very low. Hence, value is not deviating at fast rate and this is also proved from values of statistics that are obtained from t tet for different confidence intervals.

H0: There is no significent difference between standard value 2,50,000 and mean value of sample.

H1: There is no significent difference between standard value 2,50,000 and mean value of sample. 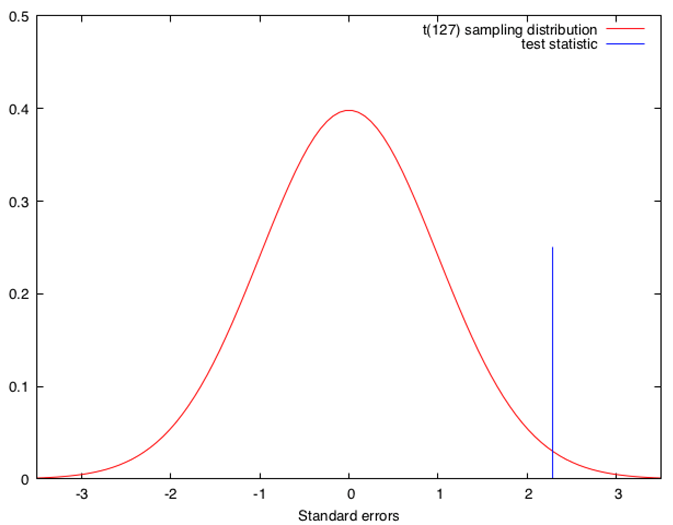 H0: There is no significant impact of number of bedroom, bathroom and square feet on the prices charged.

H1: There is significant impact of number of bedroom, bathroom and square feet on the prices charged.

Test: Regression: In statistical modelling, regression is used for the predictive analysis that explains relationship among various variables. The measure is used as an attempt to determine the impact of various independent variables over one dependent variable. Thus, it is the best statistical measure that will help analyst to determine whether number of bedroom, bathroom and square feetsignificantly affects the prices charged or not.

Interpretation: The regression statistics found multiple R of 0.662 shows moderate association between prices and all the independent variables because the value of correlation coefficient of 0.662 is middle of 0.25-0.75. However, coefficient of determination (R square) is found to 0.439 for the given variable.

The statistical results present that for each unit increase in number of bedroom, prices changed by 20919.85 or vice-versa. However, with per square feet increase, prices increase by 71.28 whereas with the increase in bathroom number, it rises up by 27092.26. P-value indicates likelihood whether the results is real or occur by chance. In statistics, P value is used to determine that whether the impact is significant or not. Considering sq ft as an independent variable, P-value is 0.001 shows that it has a significant impact over price. Similarly, bedroom and bathroom shows P-value of 0.00047 and 0.0016 that is below 0.05 (5% level of significance). Hence, it can be said that all the independent variables affects the prices. However, on the other side, looking to overall significance F value, it is found that value goes beyond 0.05 as it is 1.53, hence, it can be interpreted that overall impact of all the independent variables, bedroom, bathroom and size does not have a significant impact over the prices charged.

On basis of above discussion it is concluded that there is significent importance of analytical tool for the firms because it help them in analyzing situation in better manner. It is also concluded that majority of respondents received offer 3 times in respect to their homes. Square feet of 2000 is observed in case of most of homes. It is also identified that there 3 bedrooms and 3 bathrooms in case of most of homes. Due to all these factors price of home remain in range of 260854. Regression results reflect that due to change in number of bedrooms no change comes in price of homes or properties. Means that there may be other components that may play important role in affecting sales price of property.

On basis of research done it is identified that there is further need to do research and under this an attempt must be made to identify whether with change in economic environment any sort of variation comes in price of residential properties.

On basis of above discussion it is recommended that focus must be on increasing number of bedrooms so that price of property can be increased at rapid rate. It is important to do because people give much importance to this factor while purchasing home or any flat.