There are different opinion provided by different researchers in their studies regarding the factors affecting the Emotional Intelligence. Daniel Goleman had popularised the concept of emotional intelligence in 1995. He classified the factors into sub-divisions, namely personal competences and social competencies. In the former classification, factors such as self-awareness, self-control, achievement, adaptability, trustworthiness, and conscientiousness are placed. In social competencies comprise factors, such as awareness, empathy, social skills, self-orientation, empathy, and organisational awareness has been placed.Goleman argued that traits are the inherent human qualities that every individual can access to and can improve them in order to improvise the emotional intelligence (Goleman, 2014). However, another researcher Biggs (2013)  has selected only five factors that can actually make up the Emotional Intelligence. These are explained below

Self-awareness: It is the ability of an individual to monitor his inner world, emotions, and thoughts as they come up. In addition to this, self-awareness is all about how a person manages his inner feelings while responding to the outer world. Self-awareness comprises the non-judgemental qualities and it goes way beyond just accumulating knowledge about ourselves.

Managing Emotions: It can be defined as the ability or openness of a person towards feelings and modulating and inculcating them in himself and others as well in order to promote personal growth and understanding. Emotion management is important in one's career success. It helps a person in managing stressful situations in personal as well in professional life.

Self-motivation: It comprises personal drive to achieve, improve, initiate, or commit to achieving the goals. In addition to this, it emphasises on readiness to grab the opportunities, resilience, and optimism. The two major skill that is quintessential in this area is self-management and time management. A person needs to be assertive in order to keep the right balance between personal demands and other's demand.

Empathy: It is a quality that is characterised by the awareness of the feelings and needs of people both in a group or individually. It is about perceiving things from a different perspective. Empathy is important to understand the situations of other people. It comprises political awareness, leveraging diversity, developing a service orientation.

Handling Relationships:It is all about managing, inspiring, and influencing emotions in others. It an ability to be able to manage emotions while committing in a relationship. It is the ability to influence one's foundation skills for a top-notch leadership and teamwork.

2. A link between Factors of EI and Leadership Effectiveness

Leadership effectiveness cannot be measured by any direct mean because there are no objective criteria. However, many studies conducted in the past have argued that one must focus on shareholders' ROI in order to understand the leader's effectiveness. A few investigators have argued that one needs to consider the non-financial factors for it. According to Biggs (2013), EI and factors affecting the EI are closely related to leadership and its effectiveness. In the study, it was found that more successful leaders have higher EI and their leadership skills are heavily dependent on their level of EI. According to Zeidner, et.al, (2012), the transformational leaders are responsible for establishing vision, goals, and objectives for the organisation. In addition to this, they are responsible for communicating them to the subordinates. On the other hand, transactional leaders are responsible for maintaining the status quo. They aim for linking employees' performance to reward. It is widely assumed that the transformational leaders are more responsible and effective than the latter. This is due to the fact that the motivation, inspirational, and individualised consideration elements of the transformational leaders are strongly correlated with their emotional intelligence and emotion management.

In addition to this, those leaders who emphasise more on the aforementioned qualities are more likely to be effective in the working environment. The factor of EI like ability to perceive and empathy constitute the major part of the transformational leaders as compared to other personality measures. In the research carried out by the Yozgat, et.al, (2013), it was figured out that EI's self-report measures can explain the greater proportion of advancement of a person than the personality traits and the cognitive intelligence. According to Van Deursen, et.al, (2015), the leaders have a direct impact on the organisational culture and the working environment. The factors given in figure 1 cast a positive influence on the organisation. In addition to this, each factor influences the EI. It also influences the HR functions simultaneously. The leadership impacts the HR functions that are further increasing the EI of the employees working within an organisation. If a leader has a high EI, then it will be helpful in the identification of talents, delegating roles and responsibilities, and effective conflict management. Once the leadership succeeds in enhancing the EI of the members, it will improve the organisational performance and productivity. The employee will be able to orchestrate their emotions as per the need of the time and contribute in the accomplishment of the group task that would ultimately influence the team performance.

3. How to Teach Emotional Intelligence to People?

Yes, emotional intelligence can be taught to people of all age group. It is believed that if young people want to succeed both socially and emotionally, then they should be having EI skills, such as empathy, self-motivation, self-awareness, and many other. In developed countries like Japan and the US, these are being taught in high school or secondary level. The way of teaching other is different for different people (Srivastava, 2013). For instance, if a teacher wants to develop the EI of children, then he will have to take different measures and live examples. On the other hand, a leader or a manager in an organisation will go for different steps to improve the EI of the workers. 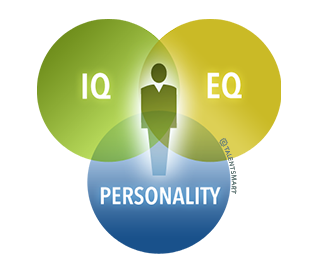 While creating an environment for the successful EI team, the manager should take care of the three quintessential conditions. The first is a "sense of efficacy", the second is "the sense of identity", and the last is "trust among members". Managers can do the following things in order to improve the EI of the team members. The first and foremost is identifying the strengths and weaknesses of each team members. Since each team member is unique, they should be taught differently(Srivastava, 2013). The second step is to spark zeal and passion among them. For that purpose, the manager should hire ambitious employees who take their work seriously and want to achieve their goals. The third step can be building the norms for the team. One needs to understand the norms should be aligned to the values of the members. The fourth step is the allow employees to have a voice. Giving them a chance will help them in sharing their ideas that would improve their self-confidence. The last step can be encouraging workers to work and help each other.

4. How to Convince People about Having an EI?

According to Lambert, et.al, (2013), there are many tools have been developed to judge or analyse someone's emotional intelligence. However, only a few studies have emphasised on non-empirical or qualitative ways of analysing the emotional intelligence. In the working environment, it is very easy to judge an employee with a high level of EI. Such employees have a high level of self-awareness that can be helpful in an understanding of co-worker and organisational goals. They are least bothered about the criticism and put their focus on outcomes. One thing that people with higher EI are better than the ones with higher IQ is that they don't get intimidated by the change and are ready to handle any uncertainties.

Such employees are best in every condition as they adjust themselves in any working style. They are balanced and they know what is important for them and how they can actually manage it in their personal lives. They can be identified easily just by their energy and efforts they are putting in getting the work done. If two aspirants have similar IQ level but one of them has higher EI, then the company should choose the one with higher EI.